Remdesivir Research Progress: An Overview of the Emerging Evidence

There has been an increasing interest in remdesivir research within the scientific medical community because of the emerging evidence suggesting its beneficial role in patients with COVID‑19. Remdesivir which can be given intravenously and not orally has an anti-viral against several RNA viruses. Remdesivir has an in vitro antiviral activity against filoviruses, arenaviruses, and coronaviruses including circulating human coronaviruses HCoV-OC43, HCoV-229E, SARS, and MERS zoonotic coronaviruses. Remdesivir (GS-5734) is a monophosphoramidate prodrug of an adenosine analogue that is activated intra-cellularly to the main metabolite in plasma “GS-441524” which act mainly by interfering with the action of viral RNA-dependent RNA polymerase and escapes proofreading by viral exoribonuclease resulting reducing in viral RNA replication [1-4].

Warren, et al. [5] reported that remdesivir has an antiviral activity against multiple variants of Ebola virus and other filoviruses in cell-based assays. Nonhuman primates receiving intravenous remdesivir had persistent nucleoside triphosphate levels in peripheral blood mononuclear cells (half-life:14 hours) and distribution to sites of viral replication in the testes, eyes, and brain. In a rhesus monkey model of Ebola virus disease, once-daily remdesivir intravenous administration of 10 mg/kg for 12 days was associated with a great suppression of Ebola virus replication and therefore protected 100% of Ebola virus-infected animals against fatal disease. Treatment also improved the clinical and pathophysiological markers, even when treatments were started three days after virus exposure when systemic viral RNA was detected in two out of six treated animals. Warren et al suggested that remdesivir important post-exposure protection against Ebola virus disease in nonhuman primates.

de Wit, et al. [9] described the prophylactic and therapeutic use of remdesivir in the treatment of a nonhuman primate “rhesus macaque” model of MERS-CoV infection. Prophylactic remdesivir was started 24 hours before inoculation, completely prevented MERS-CoV-induced clinical disease, potently inhibited MERS-CoV replication in respiratory tissues, and prevented the formation of lung lesions. Therapeutic remdesivir treatment started 12 hours post-inoculation was associated with an obvious clinical benefit, with a reduction in clinical signs, reduced virus replication in the lungs, and reduction of lung lesions, and its severity.

Wang, et al. [10] reported a randomised, double-blind, placebo-controlled, multicentre trial at ten hospitals in Hubei, China. The study included 237 adults with SARS-CoV-2 positive tests hospitalized within 12 days or less from the onset of symptoms and had oxygen saturation of 94% or less on room air or a ratio of arterial oxygen partial pressure to fractional inspired oxygen of 300 mm Hg or less, and had radiological evidence of pneumonia. 158 patients were to remdesivir intravenous remdesivir (200 mg on day 1 followed by 100 mg on days 2-10 in single daily infusions). 79 patients were treated with placebo infusions for 10 days. Concomitant use of lopinavir-ritonavir, interferons, and corticosteroids was allowed.

Remdesivir use was not associated with a statistically significant difference in time to clinical improvement (hazard ratio 1·23 [95% CI 0·87-1·75]), but patients treated with remdesivir had a numerically faster time to clinical improvement than patients treated with placebo. Adverse effects were observed in 102 (66%) of remdesivir-treated patients and 50 (64%) of placebo-treated patients. Remdesivir was stopped early because of adverse effects in 18 (12%) patients, and four (5%) patients stopped placebo early.

Beigel, et al. [11] reported a double-blind, randomized, placebo-controlled trial of treating adults hospitalized with Covid-19 with evidence of lower respiratory tract involvement with intravenous remdesivir. 538 patients were treated with remdesivir (200 mg loading dose on day 1, followed by 100 mg daily for up to 9 additional days). 521 patients were treated with placebo for up to 10 days. Remdesivir-treated patients had a median recovery time of 11 days (95% Confidence Interval [CI], 9 to 12), while patients in the placebo group had a median recovery time of 15 days (95% CI, 13 to 19) [Rate ratio for recovery, 1.32; 95% CI, 1.12 to 1.55; p <0.001]. Kaplan-Meier mortality by 14 days were 7.1% in remdesivir-treated patients, and 11.9% the placebo group (hazard ratio for death, 0.70; 95% CI, 0.47 to 1.04). Serious effects occurred in 114 of the 541 patients in the remdesivir and 141 in the placebo group. It’s considered remdesivir to be superior to placebo in shortening the time to recovery in adults hospitalized with Covid-19 who had lower respiratory tract infection. The currently, available evidence suggests that remdesivir can be useful in the treatment of Covid-19, but its use as a mono-therapy is far from being the ultimate therapy for Covid-19.

The recent evidence-based recommendation which was published in 9 languages [4,12-19] emphasized that until now, there is no single drug can result in a virological cure. However, lopinavir/ritonavir, remdesivir, azithromycin, and teicoplanin are possibly at the top of the list weapons of that have the potential to enable humans to win the fight against covid-19, but in condition that are used in suitable combinations. Chloroquine side effects include flue like febrile illness, shortness of breath and cardiomyopathy and therefore should be considered after lopinavir/ritonavir, remdesivir, and teicoplanin. Lopinavir/ritonavir was considered at the top of the list because it is more available than remdesivir in many countries of the world, and it has more known profile of toxicity and side effects. 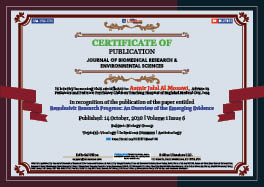